The children also designed persuasive leaflets to sell their models. Who knew that there were so many different ways of marketing a model of the  Eiffel Tower?

We had a fun day dressing in either spots or yellow for Children in Need and the School Council organised a cake sale. We raised a fabulous £232.44; which beat last years amazing total of £213. Thank you for all your support. By respecting the rights of children in the UK we will be making a big difference to their lives. UNCRC Article 27 says "Every child has the right to a standard of living that is good enough to meet their physical, social and mental needs".

Each class filled two shoe boxes, one for a boy and one for a girl. The boxes were given as Christmas presents to children in Moldova, one of the most deprived areas of Europe. 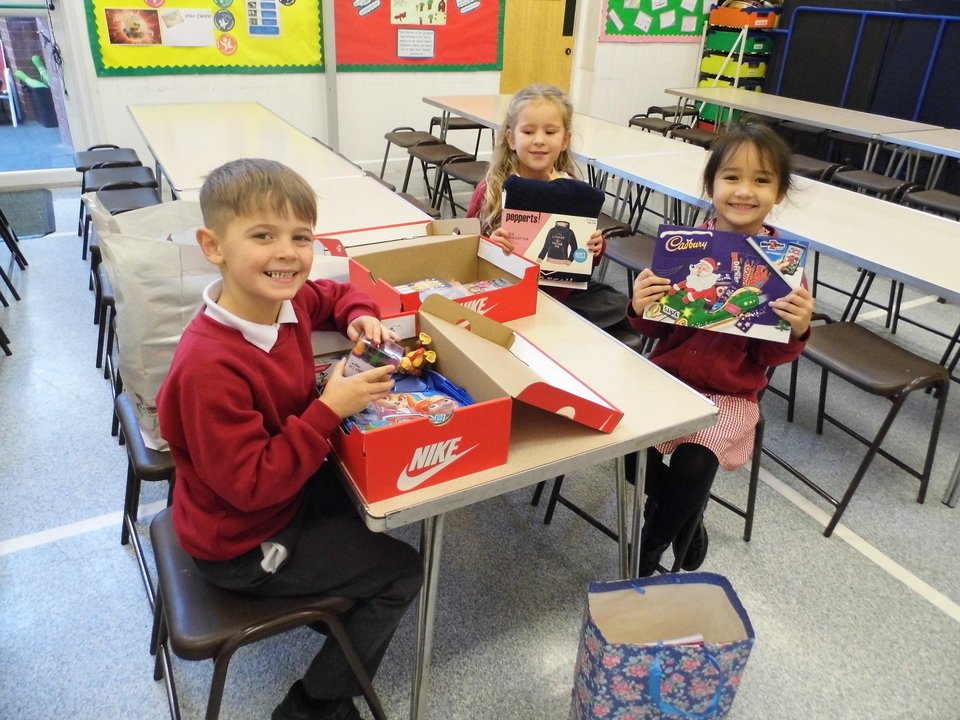 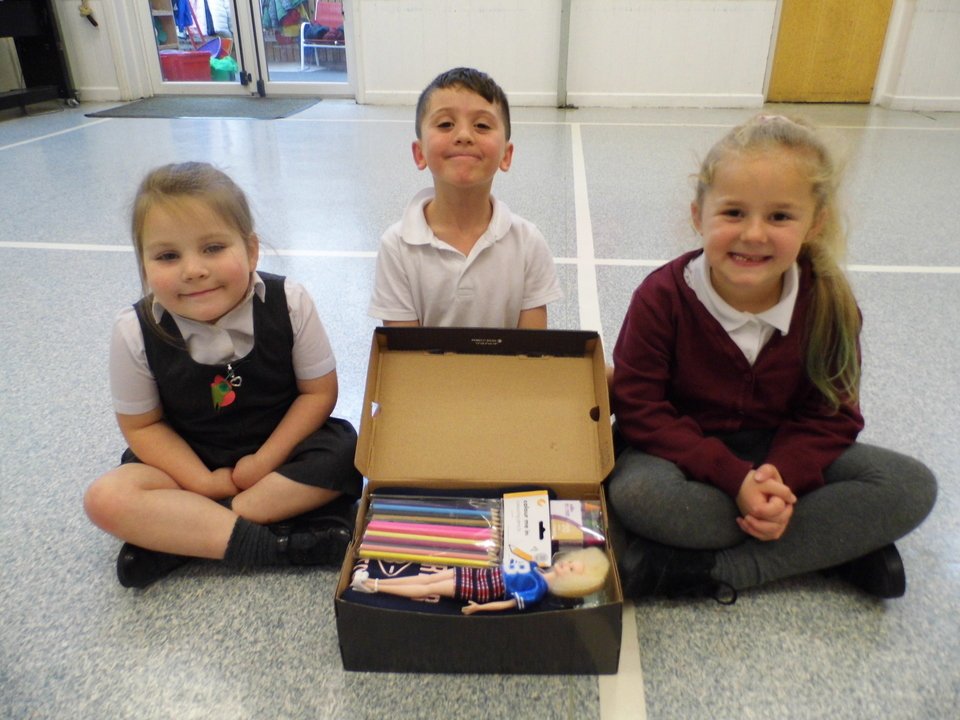 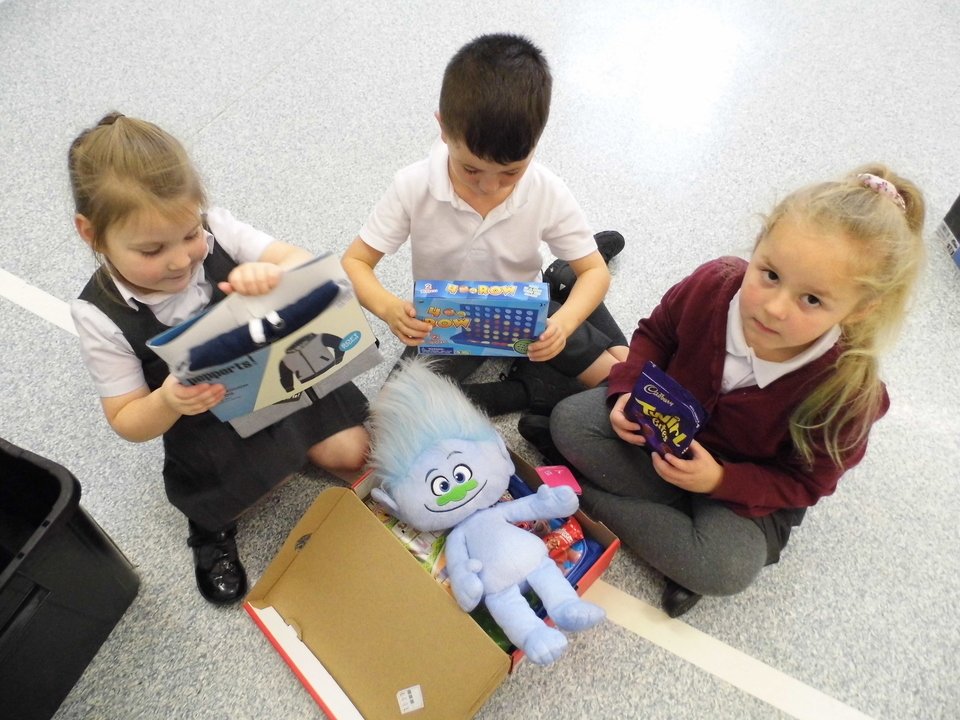 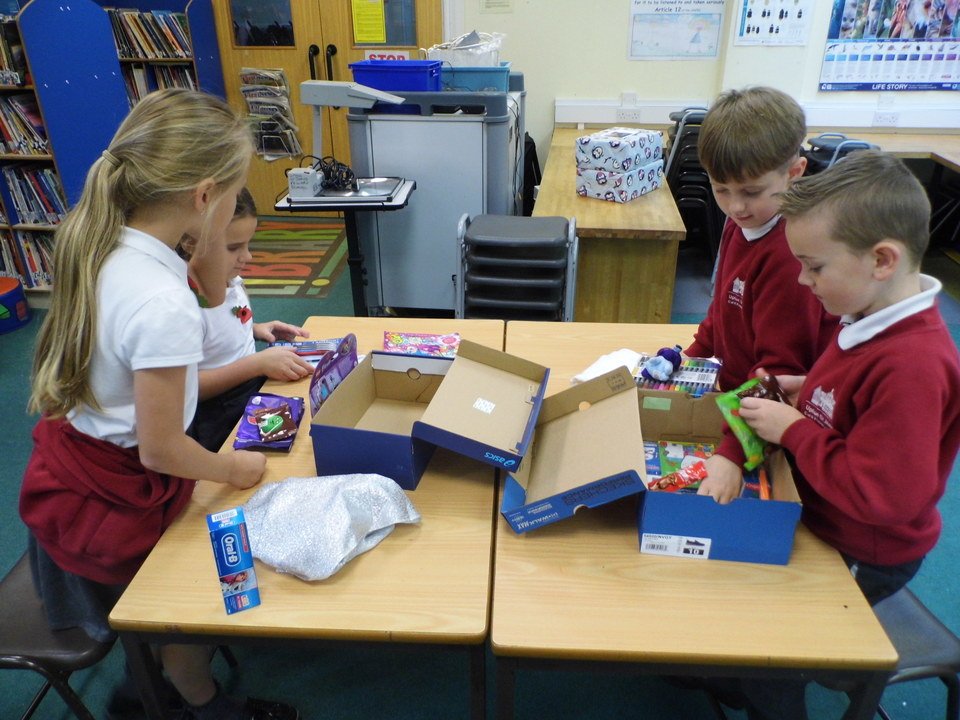 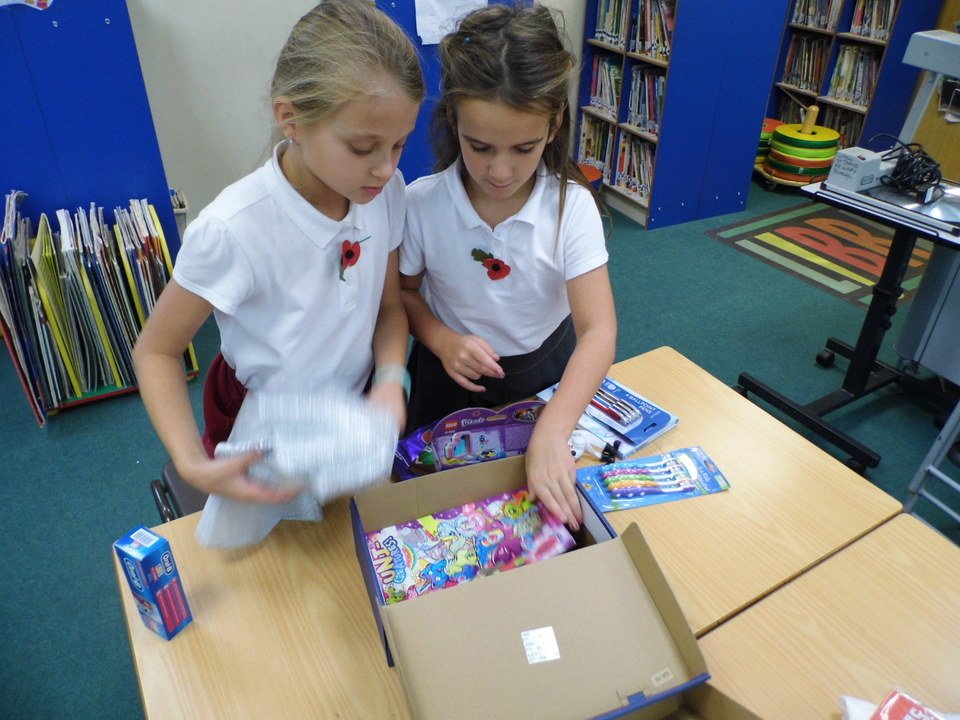 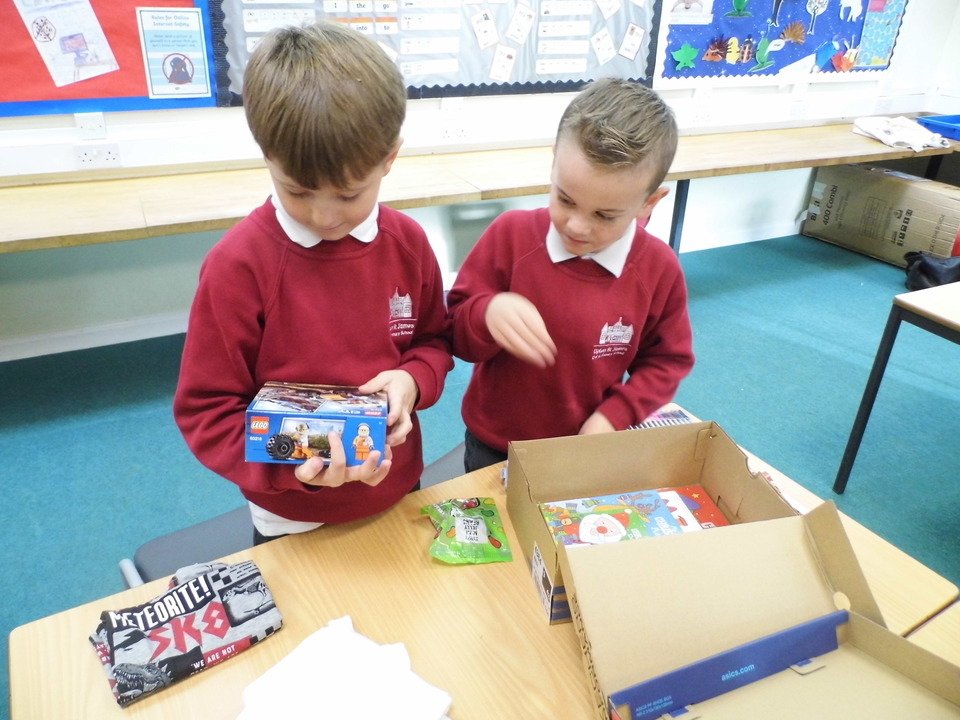 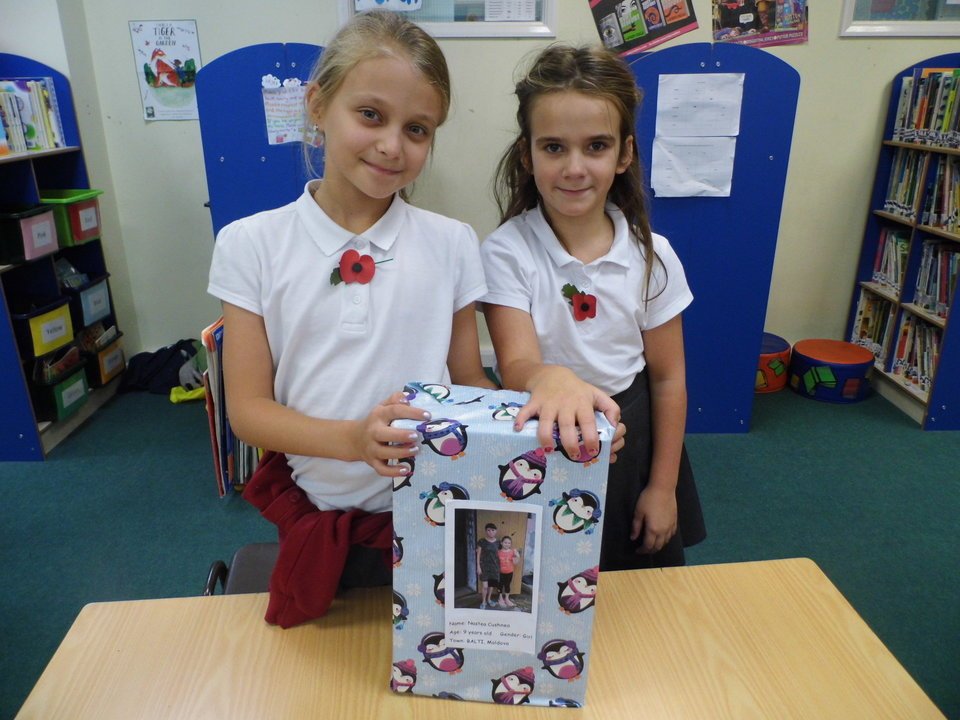 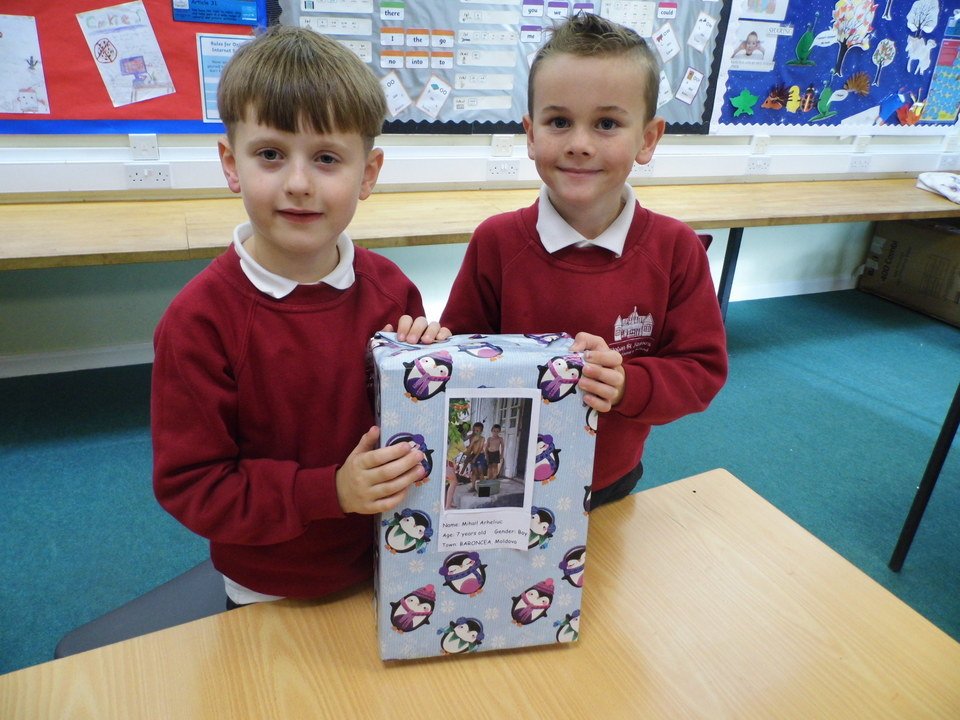 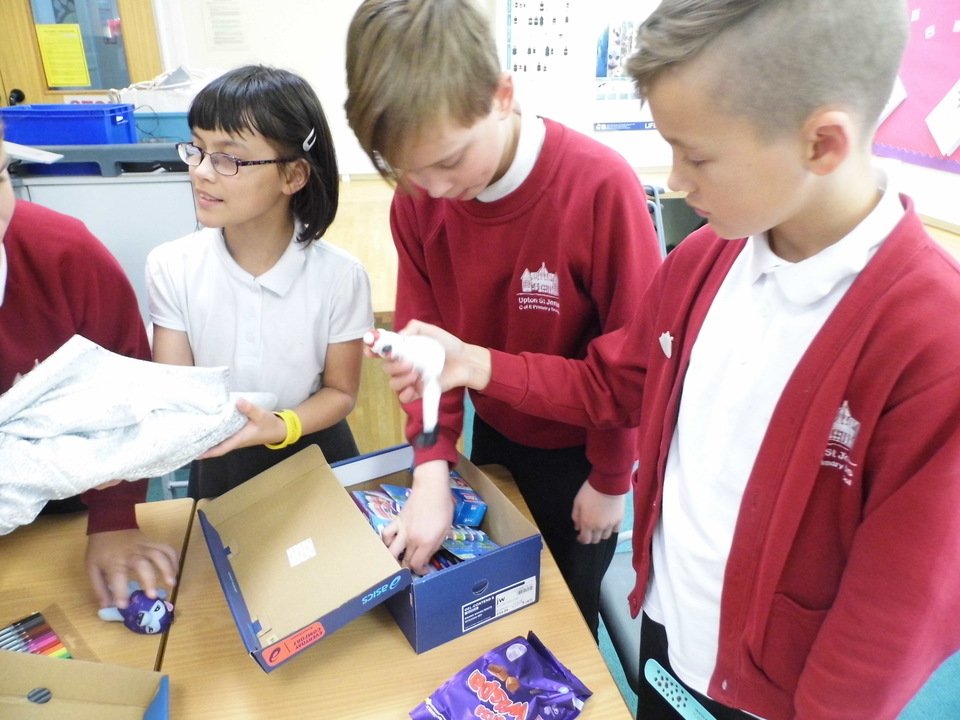 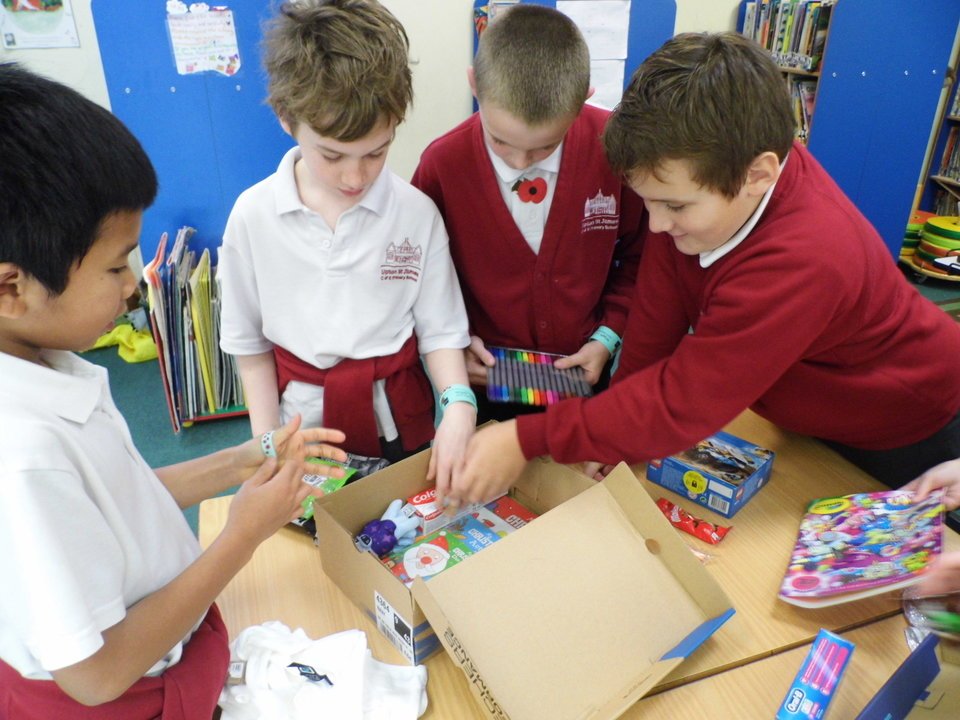 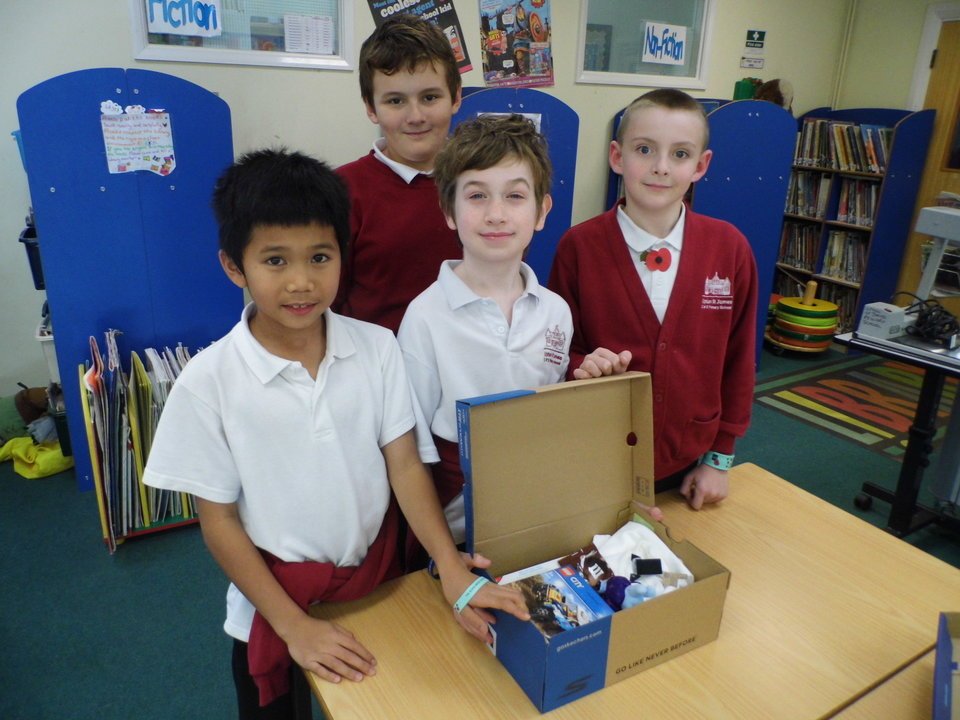 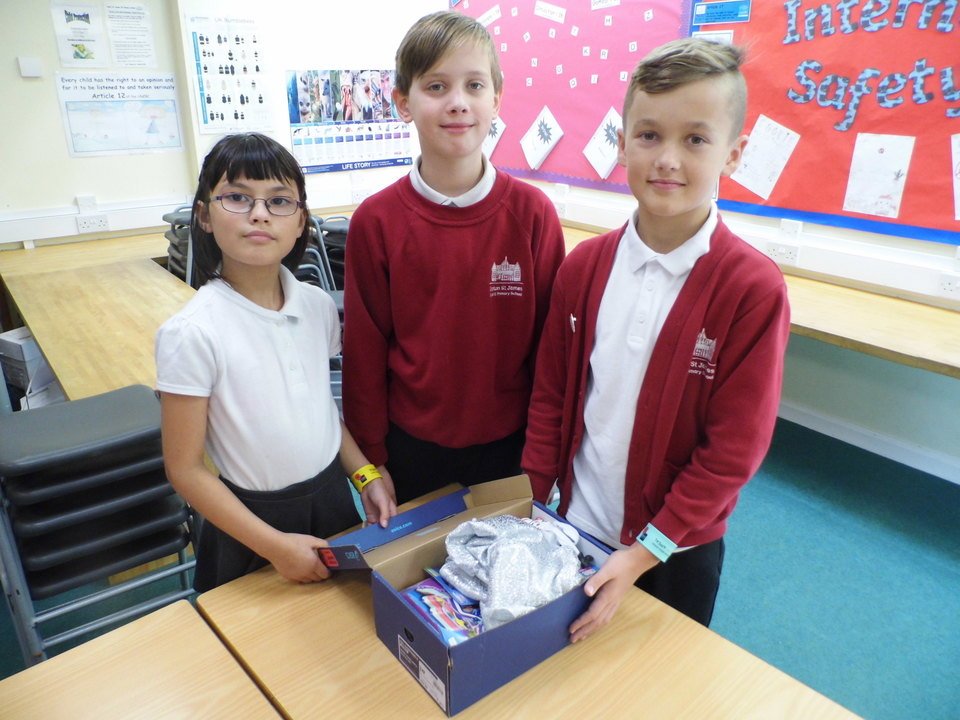 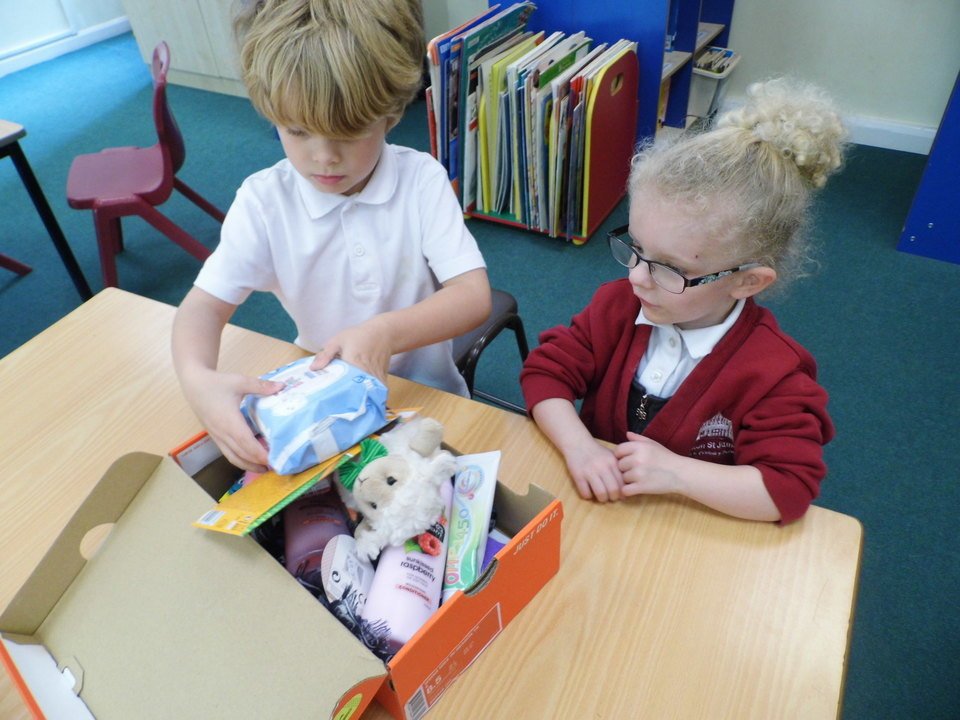 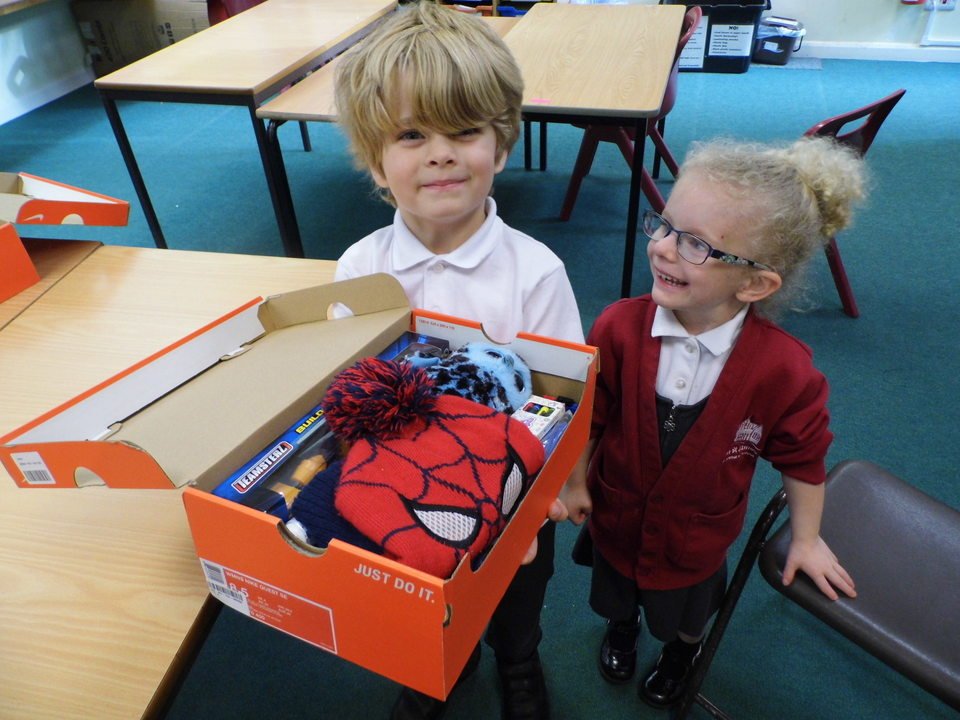 We are proud because this is a little girl looking really happy that she has received a box from us. The picture she is holding was drawn by one of our children. We have made a positive difference in this little girl's life.

We were proud to donate our harvest collection to elderly people living in the school's locality and also to our nominated charity, Torquay Community Larder.

Torquay Community Larder provides emergency food provision to some of the most vulnerable individuals and families experiencing food poverty in Torquay.  Please help us to help those in food poverty by donating goods to the schools collection box.

We are the only school in Torquay continually giving support to Torquay Community Larder.

The children learned all about the uses of palm oil and how deforestation is affecting the forests in countries such as Indonesia and Malaysia.  We raised over £170 by making bags to sell in a bag sale, which we spent on adopting an orangutan from Paignton Zoo. We have adopted Malia for 3 years. 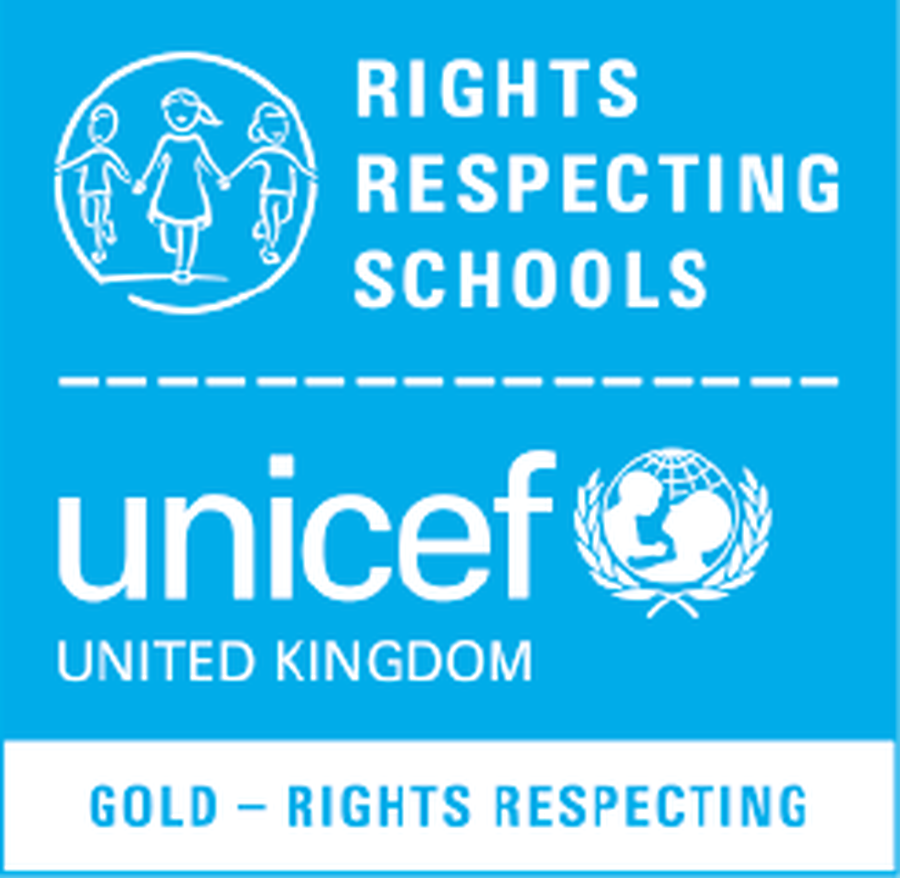 We have received the prestigious Unicef UK Gold Award!

Unicef is the world’s leading organisation working for children and their rights. The Rights Respecting Schools Award is granted to schools that show commitment to promoting and realising children’s rights and encouraging adults, children and young people to respect the rights of others in school.

Gold is the highest accolade given by Unicef UK and shows a deep and thorough commitment to children’s rights at all levels of school life. Although 400 schools across England, Scotland, Northern Ireland and Wales  have received Gold, Upton St James is the first school in Devon and Torbay to gain the award!

The Award recognises achievement in putting the United Nations Convention on the Rights of the Child at the heart of a school’s planning, policies and practice.  A Rights Respecting School is a community where children’s rights are learned, taught, practised, respected, protected and promoted.